A U.S. company with plans to open an R&D center in Ukraine contacted one of our clients. They asked her to hire people, provide them with all they need and set up processes in order to fashion them into an effective team – and then hand over the center. An unusual request for Ukraine’s IT sector, but, as our client decided, still quite lucrative. And so, having completed preliminary arrangements with her American partners, she proceeded to legal matters.

That’s when our client encountered questions that she could find no answers for. You can’t find templates of such contracts on the web. You can’t ask colleagues with a similar experience for advice – simply because no one has done this before. Which is why, after an unsuccessful attempt with another legal team, she turned to us. Read on if you’d like to find our how it went.

Opening an R&D center under a turnkey contract – what’s the appeal?

What’s the point of this arrangement? The contractor forms a team from scratch, procures all they would need for work (office space, equipment, furniture, other needs). The office then starts working, performing tasks set by the client, small ones at first.

The contractor forms a team out of a ragtag group of specialists. He gives out the roles, fine-tunes processes, helps out with adaptation and task performance, deals with administrative matters in the office, etc.

The contractor also suggests options on the legal structuring of the R&D center to the client and helps frame it in the legal sphere.

Once it’s all done – the specialists have become an actual team, complete with a stack, fine-tuned processes and relations, and all tasks and/or projects get done effectively – the newly created R&D center is run by the contractor for some time (about a year). After that, provided that both parties have delivered on their obligations under the contract, the client becomes the sole owner of the center.

What’s the benefit for the client? Opening an R&D center in another country requires an understanding of the local market, laws, and relationship between business and the government. It’s also no less important to know where to find quality providers of recruiting, legal, and other services. It is this knowledge, which foreigners lack, that the client pays for.

After all, bringing along your own manager, paying for his adjustment and stay, doing networking, building a team from scratch – it’s all way more costly and definitely not as effective as delegating these tasks to a local. Of course, in practice, companies often choose those they have worked with on previous projects and have good experiences with.

What are the benefits for the contractor? It’s best explained by detailing the economic aspect of this arrangement in IT. The contractor opens an R&D center while all expenses (including remuneration for the contractor as well as the hired devs) are borne by the client. After the project is complete, once everything’s up and running, the contractor usually receives an overhead payment – which is essentially the second part of the contract’s value.

Now onto the benefits for the contractor:

Contrast this with running your own company, where the constant need to keep the sales rolling takes up the lion’s share of your attention and resources, lest you go out of business and have nothing to pay your people.

It was our first time dealing with such an arrangement, and we were upfront about it with our client. However, we soldiered on and first found out what exactly she and her partners wanted, which helped us shape a contract that covered every necessary aspect. It was smooth sailing after that.

Out of existing types of IT contracts, we picked the MSA (master service agreement), which allows you to fine-tune a wide range of details and expectations set by the parties.

We began by discussing everything with out client in great detail, gathering a primary body of data for our work. Even at this early stage we had to make certain adjustments to the whole thing.

This was due to the fact that the U.S. company wanted our client to register a legal entity (company) in Ukraine and then open the R&D center on its basis. However, this proved impossible under our legislation, which struggles even with outstaffing contracts and simply doesn’t allow for an arrangement like ours. There isn’t even an activity or foreign business code in Ukrainian law that would fit the services our client was going to provide.

It also looked like trouble in terms of taxes. Within Ukrainian legislation, it’s impossible to identify a service that involves hiring people, providing them with the environment and equipment necessary for work – without having to ensure certain performance indicators on their part – and then hand it all over to the client. It’s not even a sale of a company, since you simply transfer it within the time set by the contract. To avoid problems with tax authorities, we would have had to hide our actual arrangements behind a facade of conventional ones.

Still, this wasn’t even guaranteed to mollify tax authorities. Moreover, our client was firmly opposed to the idea of writing down one thing while having something else in mind. That’s why we convinced our client and her partners to choose another jurisdiction.

Our next step was to draft the MSA. Over the following three months, we filled it with all necessary details and fixes, upon prior discussion with the parties.

In addition to mandatory and commonplace clauses, the parties decided to include bilateral exclusivity in the contract. This clause prevented our client from providing similar services to other companies – and the U.S. company from acquiring such services – for the duration of the contract.

They have now been registered in Cyprus and are in the process of expanding their R&D center, which already has 100 employees – just as planned.

Business with minimal expenses on your part

Although our client has no plans to take on similar turnkey projects in the future, it’s still an interesting option for starting a business with minimal expenses on your part. With this arrangement, you build the company using the client’s money rather than sales. Even if the project loses momentum halfway, the contractor doesn’t really lose much – it’s not his business, it’s not his team that will be left without pay, it’s not his money that will go down the drain. Of course, it’s more beneficial for the contractor if the project succeeds, but the risks are much lower than when running one’s own company.

If you get an offer like that, don’t be quick to turn it down simply because you have no such experience. It’s a very lucrative arrangement in IT.

The contractor’s first order of business should be to anticipate any and all potential expenses and discuss it with the client, otherwise you could end up losing money instead of turning a profit. Which is why it’s always a good idea to ask someone with expertise that you can trust. This is extremely important for large-scale projects. So, if you have any legal questions, don’t hesitate to contact us here – and we’ll see to it that your business runs smoothly! 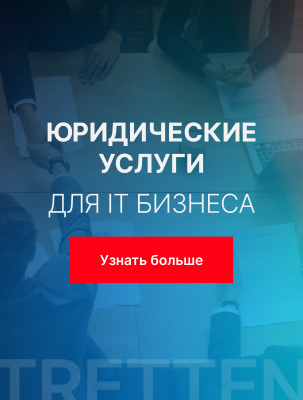